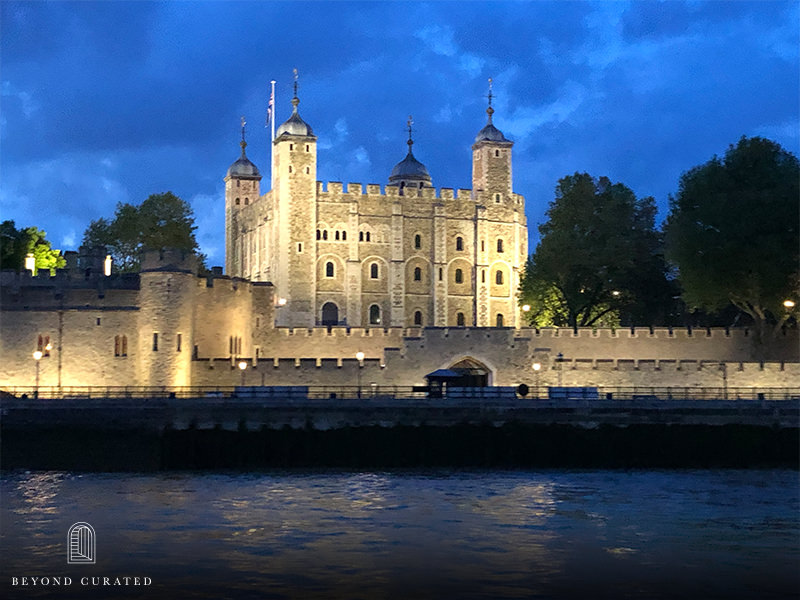 As a world heritage site, the Tower of London is one of the world’s most iconic landmarks. Built by William the Conqueror soon after he defeated the English in 1066, the Tower is probably most well known today for housing the Crown Jewels. Yet this infamous fortress and castle have been put to far more nefarious uses than this in its almost 1000-year history.

In its long and intriguing life, the Tower of London has served as, among others, a prison, an armoury, a troops barracks and a records office. It also housed the Royal Mint, and played home to a menagerie of animals, including a polar bear and an elephant! It also, of course, served as a residence for the British Royal family until the early 17th Century.

Over three million tourists from all over the world come to visit London’s iconic tower every year, drawn by its chequered history, rich traditions and inimitable British charm. Expanded and extended over the intervening centuries since its inception, the Tower of London now comprises a complex series of fortifications and buildings spread over an impressive 12 acres.

Come with us as we meander through the inner sanctum of the Tower’s long history to gain a better understanding of, and appreciation for, everything this historic building has come to represent.

The History Of The Tower Of London.

Experience has shown us that most historic landmarks have their origins in some kind of conflict. William the Conqueror may have enjoyed an historic victory at Hastings in 1066, but he knew this made him an enemy of the British people, and he lived in fear of an uprising or rebellion. It was this fear that prompted his decision to build the Tower of London. Using part of an existing Roman wall, William’s men began building the formidable fortress. It took about 20 years to build, using stone that masons brought with them from France.

The immense keep, or “great tower” was built between 1075 and 1079, and it was this tower that, from the 12th Century, became known as the Tower of London.

Several British kings, notably Henry III and Edward 1, adapted and developed William’s fortress to better defend and control the nation. They enlarged the moat and added huge defensive walls and a series of smaller towers. It became the most secure castle in the whole of England, and as such, the Tower was used to guard royal possessions – and even the royal family – during wartime.

One of the most macabre yet compelling elements of the Tower’s history lies within its dark history of executions. Records dating back to the 12th Century list an alarming amount of executions citing beheadings for high treason, to five youths who were “hanged and bowelled” for causing a disturbance.

Notably, Henry VIII dispensed of one of his wives who was historically executed at The Tower of London. Anne Boleyn, his second wife, was beheaded under charges of incest, witchcraft, adultery and conspiracy against the king. His first wife, Catherine of Aragon, died prior to this having been expelled from their marriage and, it has been speculated, poisoned.

Over the centuries, millions of people flock to this important site to take in the its ancient history.

The Tower’s impenetrable construction led Edward 1 to move the Royal Mint there in 1279. This proved to be such an inspired move that the mint stayed located in the Tower for over 600 years – until well into the 18th Century.

Inspired by the success of relocating the mint, Edward also decided to move the records of government to the mint. These documents usually travelled with the reigning Monarch wherever he went, but the point came where they were becoming too numerous to easily move around. The frequent moves also presented a significant security risk. Edward then moved them to a more permanent – and vastly more secure – home: The Tower of London. Here, they jostled for space with gunpowder, weapons and prisoners! But lack of purpose-built document storage notwithstanding, the records of government – like the mint – remained at the Tower for centuries to come.

When King John lost Normandy in 1204, he was given three crate-loads of wild animals as an odd kind of compensation! The King, naturally, had nowhere suitable to put them, so decided to house them in the Tower of London. Henry III, King John’s son, enthusiastically expanded on the original animals, adding a polar bear – a gift from the King of Norway – and an elephant.

Today, the Royal Menagerie is long gone, but the Tower is not devoid of all animal life. Seven ravens live there, looked after by a Yeoman Master known as the Ravenmaster. The birds have a flight feather trimmed to stop them flying away, as one of the most famous Tower legends says that if the ravens ever leave the tower, both it – and the kingdom – will fall.

The Tower of London saw around 8 000 people incarcerated within its walls between 1100 and 1952. Their crimes ranged from murder and treason to sorcery and debt. Such legends as Sir Walter Raleigh, Guy Fawkes, and Lady Jane Grey, the future Elizabeth 1, were all imprisoned – and, if legend is to be believed, tortured – here.

One of the most notorious prisoners of recent times was Rudolph Hess, Hitler’s right-hand man. He was kept in the tower for four days before being transferred to a series of safe houses. The Kray twins, convicted in 1952 for refusing to carry out their National Sevice, were the last known prisoners of the Tower.

Your Chance To Enjoy A Very Rare Tower Of London Experience

Millions of tourists visit the Tower of London every year, but only a select few ever get to experience its hushed mystery once the crowds have gone home. This is when this awe-inspiring World Heritage Site opens its ancient doors to Beyond Curated guests.

Enjoy a personal welcome by a Yeoman Warder, a private viewing of the magnificent Crown Jewels, and the opportunity to enjoy a Michelin-star dinner as you soak up the immensity of dining where centuries of Kings and Queens have done so before you.

Round off your unforgettable experience with the chance to witness the ancient ritual of the Ceremony of the Keys. Rarely seen by members of the public, this centuries-old ceremony is the perfect way to bring a magical evening to a close.

At Beyond Curated, we’d love to talk to you about making this incredible experience happen for you and your special guests. Contact us today.